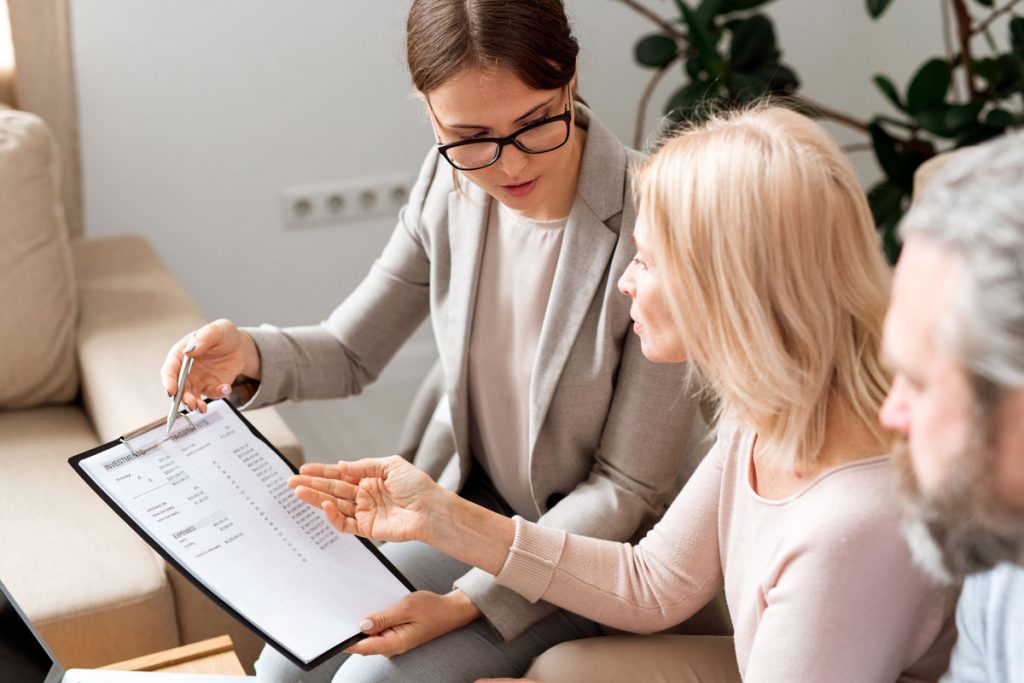 With all the recent changes in the student loan space, we have seen many borrowers ignore the latest updates as they have already concluded that it does not likely apply to them. On the other hand, we have seen other folks sitting patiently, awaiting government approval of a nationwide discharge of all student loan debt. With lots of articles going around, leaning into both types of borrower emotions, it is important to realize that many of them are either trying to get you to refinance your loans with their bank or to get you to vote for their political party. The intent of this article is to focus on exactly what the latest updates in legislation state so we can continue charting the most efficient course to repayment of your loans.

For those who are not aware, if a borrower makes payments based off their income on an income driven repayment (IDR) plan for 20 or 25yrs, (depending on the type of loans and repayment plan you are on) the loans are forgiven.

The catch is that the loan discharge will count as taxable income to that borrower in that year of forgiveness. One of the problems with this program is that it has been historically hard to track how many qualifying payments you have towards your IDR forgiveness, unlike the Public Service Loan Forgiveness (PSLF) program which has a specific tracking system.

The other issue is that many loans issued prior to 2007 are a part of the Federal Family Education Loan (FFEL) program. This program was enacted at the initial stages of the Department of Education where they were sourcing their funding for these Federal loans from private banks. After 2007, they started the Direct loan program which now funds all Federal loans directly through the government. Although these FFEL loans are still Federal loans, they do not qualify for any of these forgiveness programs since the government cannot forgive money that is not technically theirs.

This has made it exceedingly difficult for those who might have been paying on their loans for decades but have not been able to get any time counted towards any of these forgiveness programs.

FFEL loan borrowers can consolidate their loans with the Direct program which will allow them access to these forgiveness programs but doing so resets their clock. These borrowers were being steered towards forbearance instead of consolidating with the Direct loan program like they should have been from the start. The direct loan program not only offers more repayment options, but also offers the light at the end of the tunnel with forgiveness, which is not the case with the FFEL loans. This has created a student loan life sentence for many.

On April 19th, 2022, the Department of Education announced a substantial change to those who have these old FFEL loans. With years of mismanagement from loan servicers, believe it or not, the Department of Education is stepping in to help borrowers. They have decided to do a one-time payment count adjustment for those with Direct or FFEL loans and will go back to count all the years that they were in repayment status, regardless of which plan they were on or the amount they were paying towards the loans. They are also going to credit years towards those who have been in forbearance for more than 36 months in total or more than 1yr at a time, towards these the IDR 20-25yr forgiveness to correct this servicer malpractice of steering folks into forbearance. Furthermore, they are also going to add any months spent in deferment (except for while in-school) prior to 2013.

To make tracking easier, the Department of Education claims that they will be working on a new system that will make it easier for borrowers to track how many months they have counted towards IDR forgiveness directly on the StudentAid.gov website. In the interim, our CSLP board is taking proactive measures to develop a technology that will assist advisors in tracking this number count for you directly from your Department of Education record as well.

This is a major change that will impact many facets of repayment strategies. The tax burden on these IDR plans can be quite substantial and one that we typically must plan for years ahead of time. That said, the tax burden for borrowers getting their loans forgiven between now and Jan 1st, 2026, is alleviated thanks to the American Rescue Plan Act which included a provision which removes the taxation on forgiven student loans. This is a major relief for those who are already at or just a few years from their 20-25yr forgiveness as this big tax bill will not be an issue for them.

The concern that we have with this adjustment is for those borrowers who are anticipating forgiveness past 2026. After the end of this American Rescue Plan Act, the old rules go back into effect and thus make any IDR forgiveness a taxable event for borrowers. Many borrowers are already planning for this tax burden, but due to this recount, it could accelerate when that tax burden may happen. For example, if a borrower is expecting to get hit with the tax burden in 2045 and now, they are tracking to have them forgiven in 2030, this will require a much higher savings rate to ensure they have enough money to cover the tax bill in that final year of forgiveness.

These adjustments to the payment count also extend to the PSLF program and therefore further expand the already liberal counting of qualified months within the PSLF Waiver through October. Theoretically, this should expand the number of eligible payments that show up on many borrower’s FedLoan PSLF tracker. Once the Employer Certification Form (ECF) is submitted, this will confirm when you were working full-time at a qualified employer and allow these newly eligible payments to be matched up and therefore increase the number of qualified PSLF months towards the 120-month requirement.

Since they still cannot forgive someone else’s money, they are requiring folks with FFEL loans to consolidate those specific loans into the Direct program to recognize the credit towards these forgiveness programs. For those who already have Direct loans, this payment recount will be done automatically, and no other changes need to be made at this time. It is likely that they will want borrowers to get on an IDR repayment plan if they are not on one already, but this is not yet clear. Should this recount put you past the 20-25yr forgiveness mark, your loans will be automatically discharged!

Since this is only a one-time recount, it is critical that this all happens prior to their deadline of January 1st, 2023. Those who are already with the Direct loan program, we suspect that borrowers will not see the effect in their accounts until later this fall.

For those seeking Public Service Loan Forgiveness, it will be important to ensure you are with FedLoan and have properly certified ALL periods of time that you were working with a qualifying employer, full-time. The PSLF program continues to be a tax-free forgiveness and so although taxes should not be of concern with this program, it may be prudent to have some back up plans in place.

There are some questions that we are still awaiting clarification on from the Department of Education and so we have laid those out below. We encourage you to sit down with a CSLP to provide you with updates on these questions as they become available.

With all the changes going on in student loan legislation, it is highly encouraged to sit down with a Certified Student Loan Professional (CSLP) to look under the hood at your loans to make sure you are not missing these one-time opportunities for potential forgiveness. Also, even borrowers who have already devised a plan for your loans with a professional, as mentioned above, this could really affect your timelines and gameplans and so it would be prudent to revisit your strategy to ensure you are still on the most efficient course to an efficient repayment. 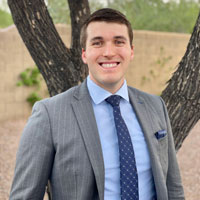 Michael is a comprehensive financial advisor who runs his practice out of Scottsdale, Arizona, under North Star Resource Group. Michael was trained at Duke University and holds his Certified Financial Planner designation alongside his CSLP®. Although Michael serves a diverse group of clients with their financial and student loan needs, with two physician parents, Michael has found a specialty in working with those in the healthcare space. To schedule an initial consultation,click here. Michael is a registered representative and investment advisor representative of Securian Financial Services, Inc. Securities and investment advisory services offered through Securian Financial Services, Inc. Member FINRA/SIPC. North Star Resource Group is independently owned and operated. 2701 University Ave SE, Minneapolis, MN 55414. 4726466/DOFU 5-2022
PrevPreviousDoes you student loan servicer have your back?

About the CSLA Institute

The CSLP program for financial professionals enables their delivery of advisory services to clients with student loans. Student loan borrowers can locate qualified advisors to assist with their student debt questions and planning. 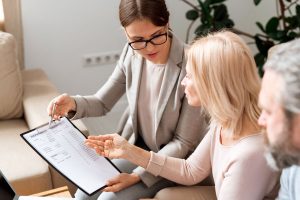 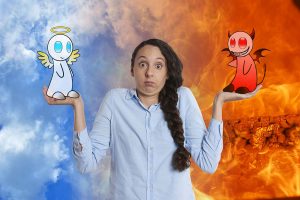 Does you student loan servicer have your back? 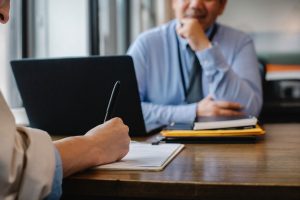 What should you ask a prospective student loan advisor? 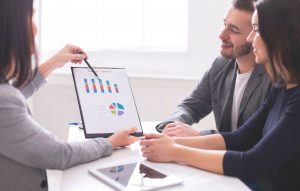 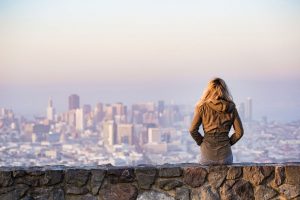 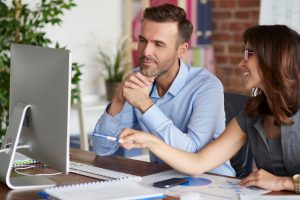 How to access the NSLDS (your student loan data) 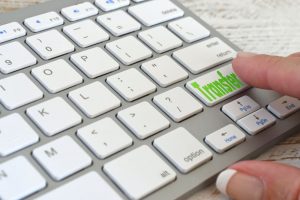 Navient is Transferring its Loans to Aidvantage